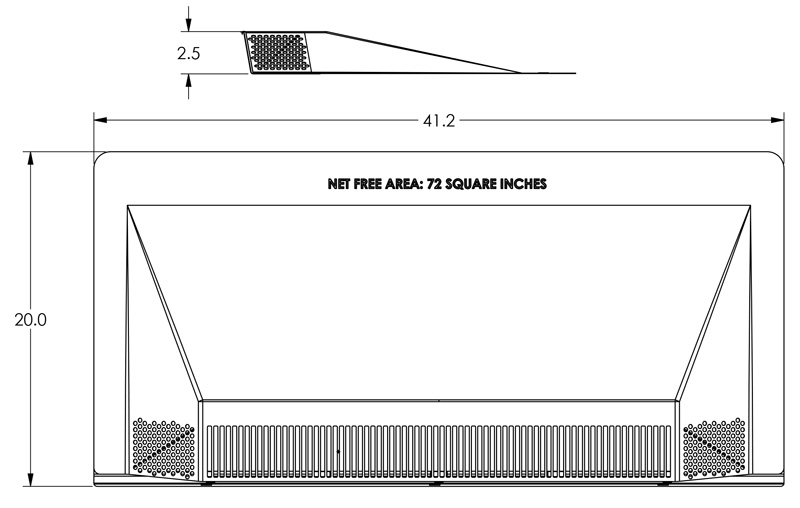 “We used ShadowHawk box vents for intake low on the roof and an HE15 roof-mount power vent for exhaust on this re-roof project. The soffits were exposed rafters covered with vinyl siding. In effect, there was no intake ventilation. The ridge vent you see in one picture is a separate attic. We removed two turbines, two power vents and some ridge vent. ” – Chris Arrington, vice president, Arrington Roofing Company, Inc.

Editor’s Note: ShadowHawk box vents are designed to work as either intake (positioned low on the roof) or exhaust (positioned high on the roof). The HE15 roof-mount power fan has a variable speed motor with an on-board computer chip that monitors the conditions of the attic and adjusts the motor’s output accordingly.

“This is a tricky project. It’s a garage with a shop/office. The roof has a two-part system with a separation in the attic by a half wall. The upper roof has wind turbines for exhaust being supplied intake from the gables (not shown). The lower part of the roof had intake (rectangular undereaves installed under the patio shown in the pictures) but no exhaust. We installed ShadowHawk low on the roof to be the exhaust. ” – Patrick Johnson, Owner, VIP Roofing, Midlothian, TX

Editor’s Note: Not shown in the pictures but corrected by VIP Roofing was removing vented soffit going up the rake on the gable ends of the house. Intake ventilation should never be installed in the triangular rising rake approaching the roof peak. Intake should always be horizontal to the street and ideally as low on the roof as possible.

“These slim, wide vents have more venting capacity than standard box vents and they work much like a ridge vent (thanks to its external wind baffle design). The unique thing about these vents is they can be used as intake vents (low on the roof) or exhaust (high on the roof as pictured). They look good with a low profile design.” – Sue McCollum May, Owner, A Better Way Construction & Roofing LLC

Editor’s Note: Usually, only ridge vents have an external wind baffle. This is Air Vent’s first box vent to feature the external wind baffle. With this feature, the vent can take advantage of the wind that hits the baffle by deflecting it up and over the vent creating low pressure above the vent’s louvers. This low pressure literally pulls more air out of the vent than otherwise would exit the vent without an external baffle. The entire process is called the Bernoulli Effect and it’s what gives lift to an airplane. Additionally, the external baffle helps deflect weather away.